3) The little crow (Corvus bennetti) is an Australian species of crow, very similar to the Torresian crow in having white bases to the neck and head feathers (shown when ruffled in strong wind) but slightly smaller (38–45 cm in length) and with a slightly smaller bill. It has the same white iris that distinguish the Australian species from all other Corvus except a few island species to the north of Australia, and one from Eurasia, the jackdaw (Corvus monedula). Like the Australian raven, this species has a blue ring around the pupil. wikipedia.org 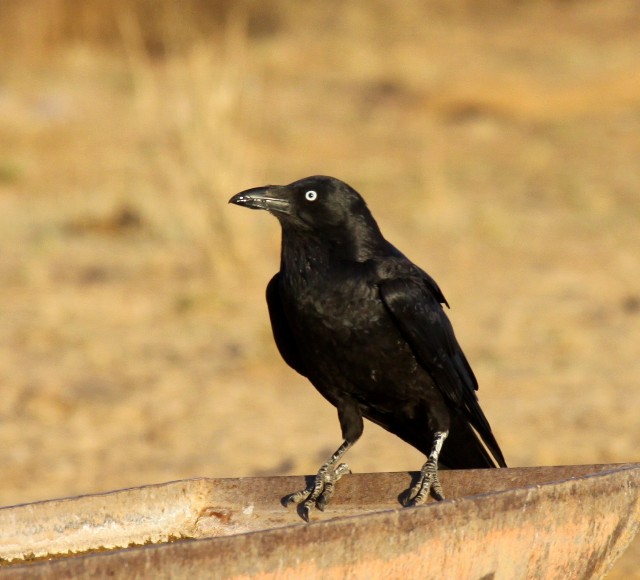