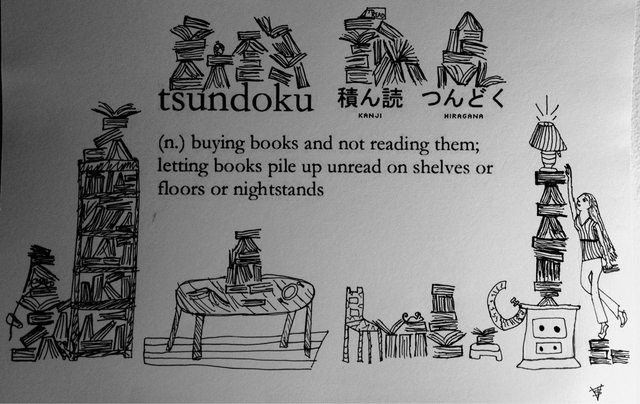 the Japanese word tsundoku, which perfectly describes the state of books. It means buying books and letting them pile up unread.

The word dates back to the very beginning of modern Japan, the Meiji era (1868-1912) and has its origins in a pun. Tsundoku, which literally means reading pile, is written in Japanese as 積ん読. Tsunde oku means to let something pile up and is written 積んでおく. Some wag around the turn of the century swapped out that oku(おく) in tsunde oku for doku (読) – meaning to read. Then since tsunde doku is hard to say, the word got mushed together to form tsundoku.