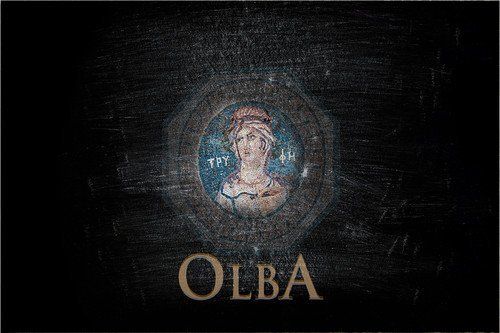 The prosperous ancient city of Olba (Diocesarea forms, in Roman times, a part of this city), whose site is near the village of Uzuncaburç, was ruled by a dynasty of priests, the Teucrides II- 3rd century BC

At 1200 meters above sea level, there is the theater, the beautiful portico, the Temple of Tyche (Fortune), the north gate of the city, the columns of the Temple of Zeus (3rd century BC) which was very renowned in antiquity and is quite well preserved. 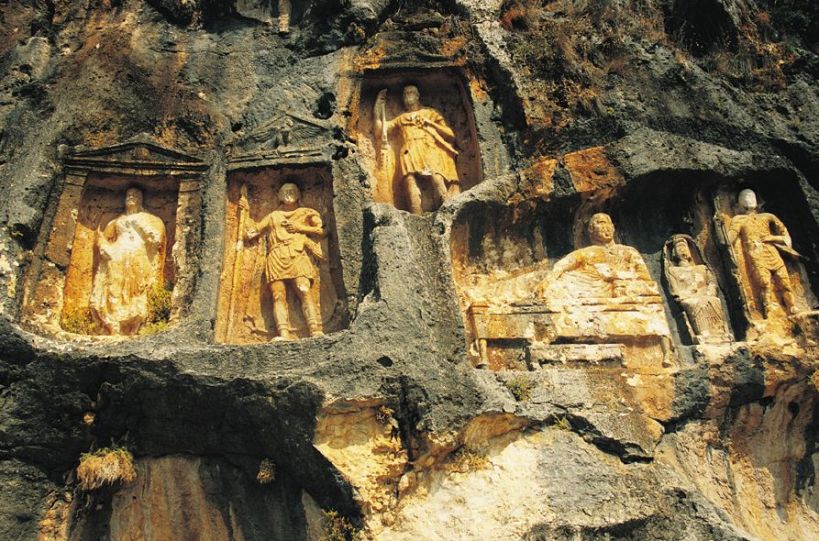 A little away from the site, is a high tower built in the third or second century BC. JC and who belonged to the enclosure. New excavations are planned on this important site. 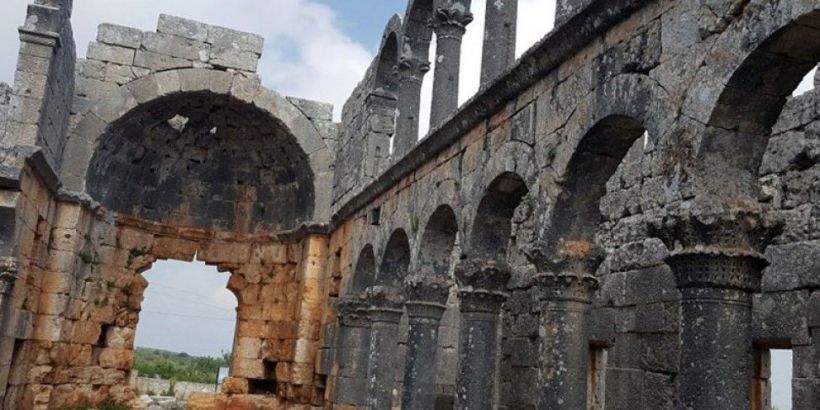 In the photos below, there is a sarcophagus. We know that in Roman antiquity, the production of sarcophagi is organized in workshops. There are mainly three of them: in Rome, in Athens, and in Asia Minor, in Phrygia, in Dokimaion [today Iscehisar].
The sarcophagi of Asia Minor, like those of Athens, are carved on four sides and from the Flavian period [69-96 AD] adorned with heavy garlands hung on the heads of oxen. The sarcophagi, at first low and elongated, become in the fourth century, very high monuments. 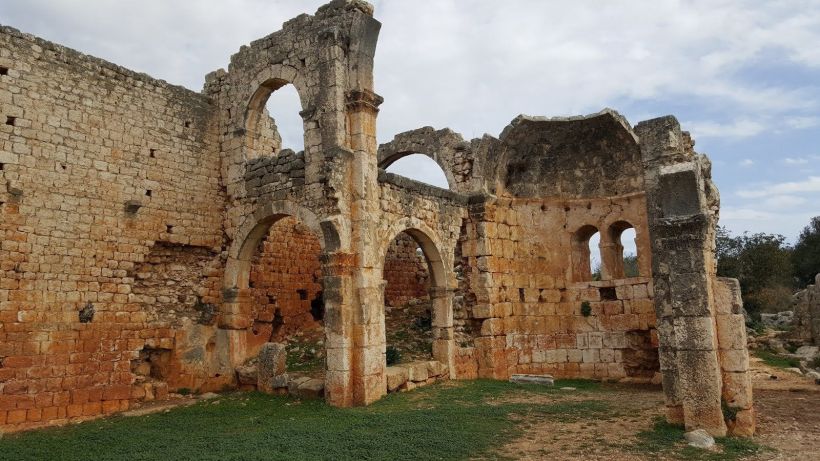 Zénophane’s daughter, one of the tyrants of Tracheotide, remembered the means employed by her father to usurp power, and, invoking her rights as a tutor, overwhelmed all authority. Later, having circumvented Antony and Cleopatra by her caresses and cares of all kinds, she was able to draw from them a donation in order, but she was overthrown too, and the power returned to the heirs
legitimate. “ 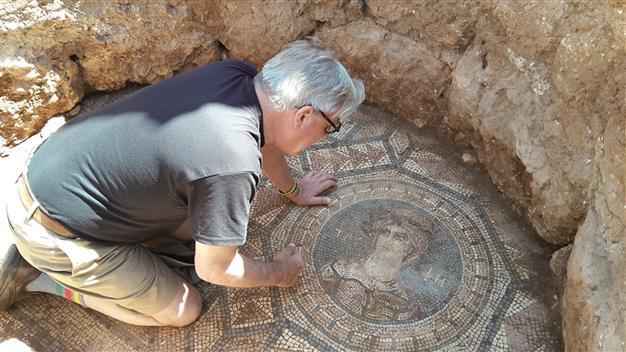 Archaeological excavations have been carried out since 2010 in the ancient city of Olba, located in the southern Turkish province of Mersin’s Silifke district by a team from the Gazi University Archaeology Department, headed by Professor Emel Erten.

The 500-person Olba Theater, which dates back to the Roman Empire and was completely underground before excavation works began, has been largely unearthed during this year’s works.

The architectural restoration team has reinforced the theater and renewed its foundations. The theater has also been photographed from the air and documented with architectural drawings.

One of the most important highlights of this year’s work is the Olba Monastery. Dating back to the 5th century A.D., the Roman-era monastery’s floor, covered with a series of fine details, has been delivered to the Silifke Museum. Excavation team members and the people of the region are now waiting for the display of the mosaic, which is unique in the whole region.

“We have been carrying out the Olba excavations with the support of the Culture and Tourism Ministry for many years. Mersin Metropolitan Municipality also provided support this year. Thanks to this support, we have reached archaeological findings faster. This year we worked in the theater, the acropolis, the monastery and the eastern valley in Olba. We will announce the results in our magazine ‘Seleucia ad Calycadnum,’” said Ertem, who also headed the surface survey work at the ancient site between 2001 and 2009.

“The mosaics we found reveal the importance of Olba city. The high-quality mosaic floor depicts Tryphe, Bios and Lucia portraits, which symbolize life and luxury in ancient Greece, as well as winged angels. The floor dates back to the end of the 2nd century A.D., the late Roman era. The display of the mosaic will contribute to the region’s promotion and tourism,” said Erten. 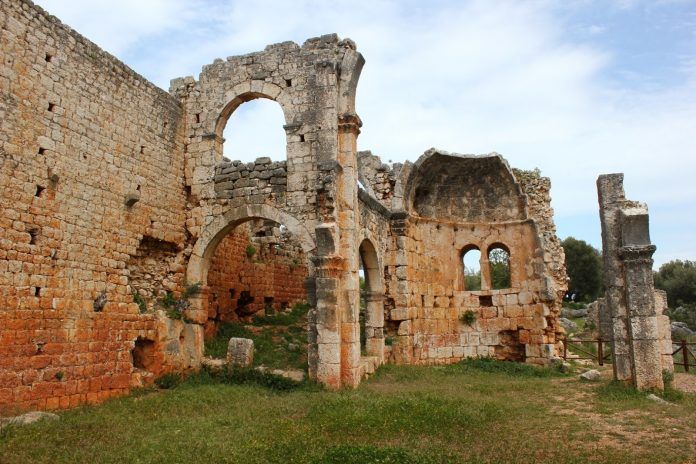 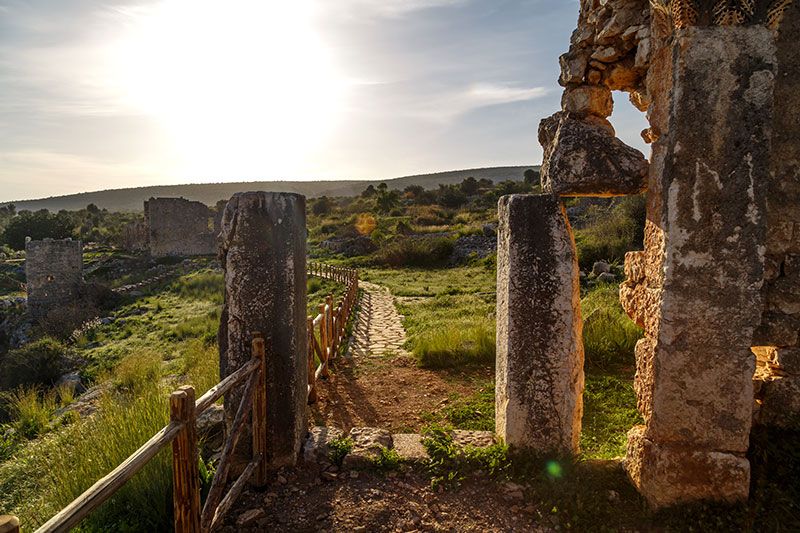 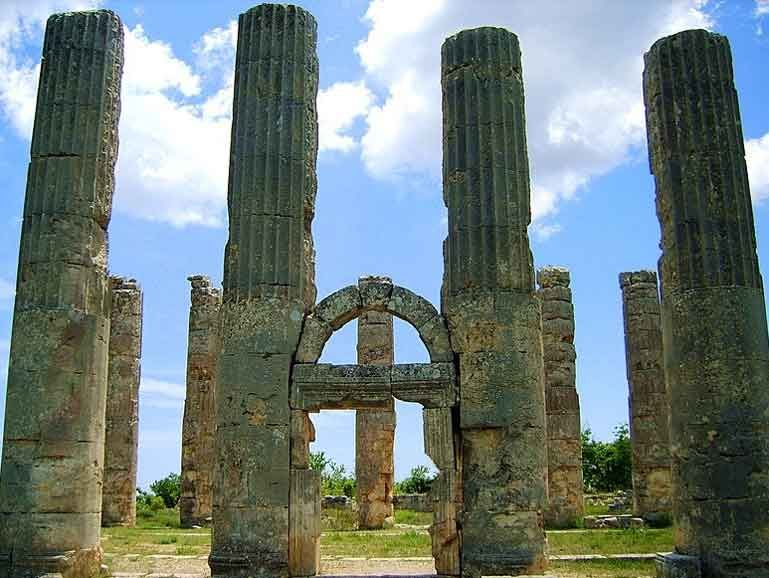 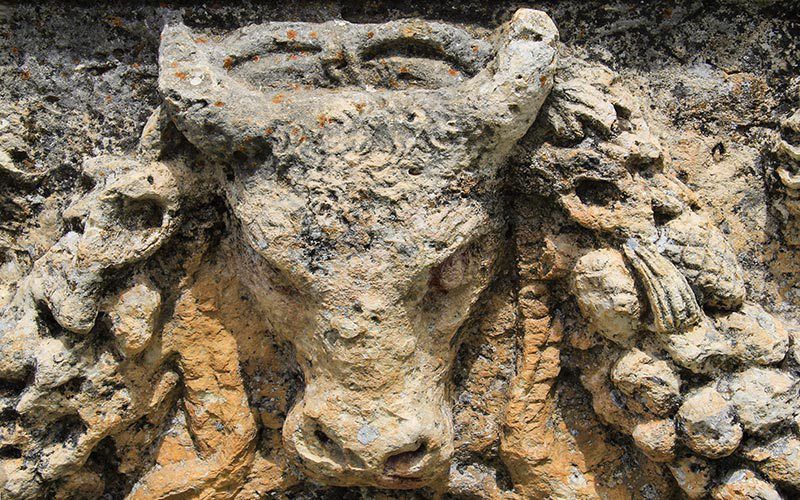 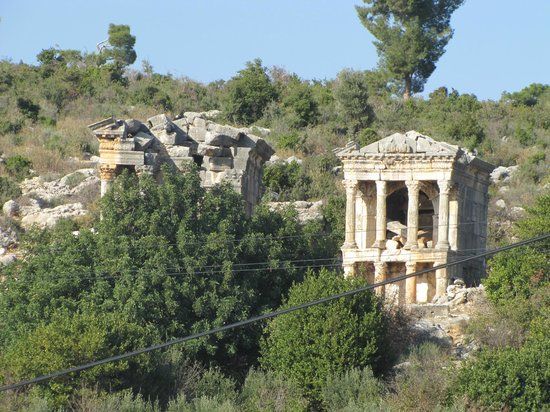 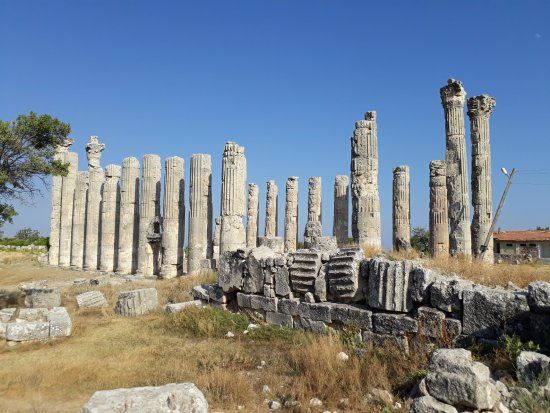 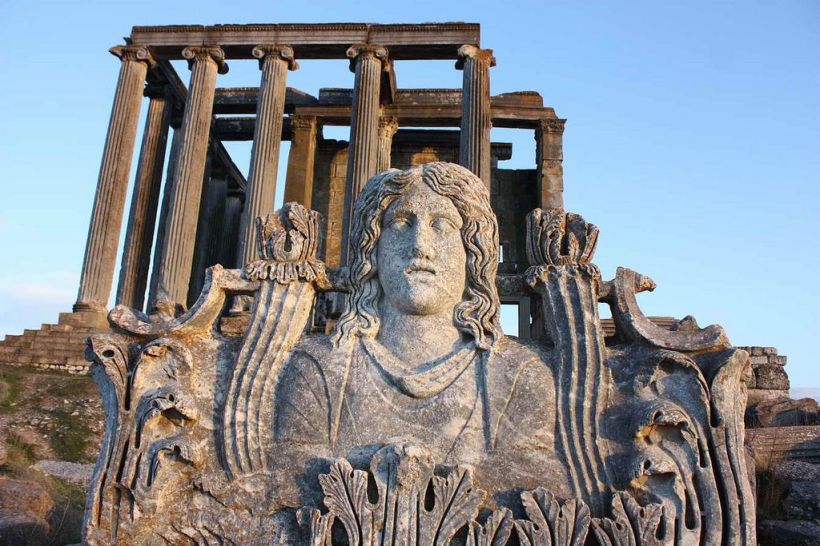 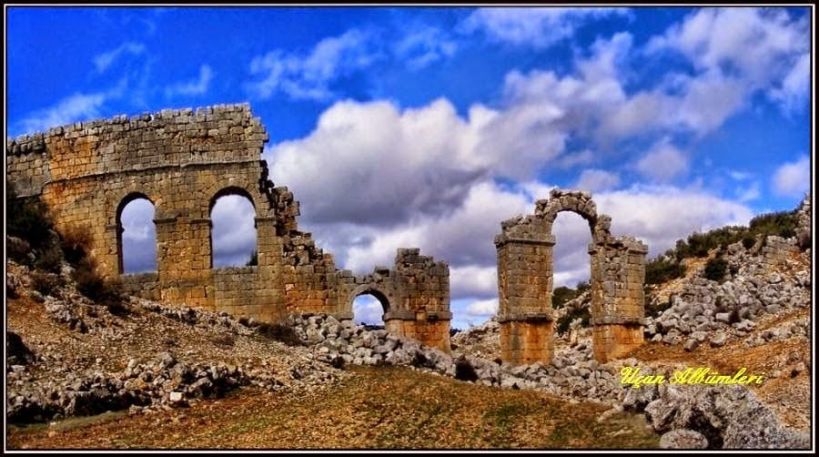